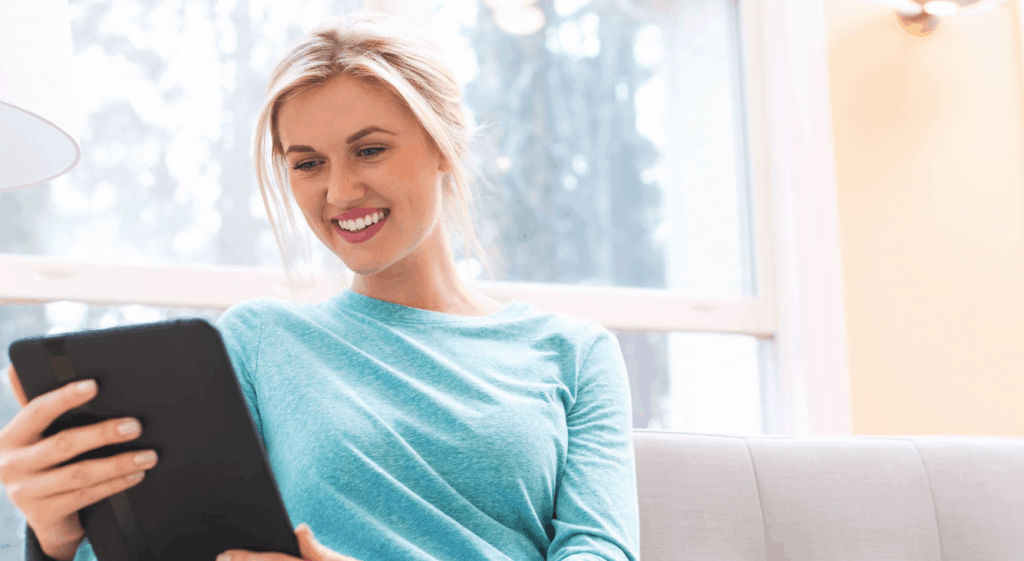 Be social and on the go with Bingo!

In the past Bingo was associated with elderly women in musty halls, but now it’s savvy young women with mobile phones, tablets and/or computers. Demographics are changing. More and more are being drawn to Online Bingo and are abandoning old community halls.

Research has shown that nearly 80% of Online Bingo Players are women aged between 18 to 30 years of age. This is an amazing statistic.

What do you think is driving this change?

Traditional Bingo in the Community Halls

I remember the good ol days of my mum playing bingo in a community hall. The fun and excitement wasn’t about winning the meat platter or the bottle of wine (token prizes donated) but it was the energy and the atmosphere of being with other Players. Fellow Players were often family – Grandma and Aunties – and friends. Thus sharing a bond and socializing was what was most important. There would always be a lot of chatter, but intense focus when the game was in play. As numbers are drawn, the “Caller” would announce results with style, say the occasional dad joke, and keep the flow of the bingo game entertaining.

Gambling in a Community Hall? I don’t believe it!

For those whom are new to bingo, you will find that it isn’t centered around gambling. Yes, it does have elements of needing luck to win a prize but the game takes a good length of time and the winnings are low. Many regard Bingo as a form of “soft” gambling. Players aren’t playing to win big bucks. They are playing for the social benefits.

Traditionally, bingo was played at community halls mostly by non profit or religious organizations as a way of raising donations. With a minimal (nominal) entry fee, Players would buy into a game and receive a card. Each card is unique with different sets numbers shown. After receiving the card, the Player would take a seat in the hall, along side up to 30 to 50 other Players. At the front of the hall is a “Caller”. The Caller and sometimes with an assistant, would randomly draw out numbers from a ball machine and announce the numbers to the Players. After announcing a number, the Players would mark off their bingo card the number if it is displayed on their card. Gradually, as more numbers are announced, Players who are lucky would be marking more numbers on their cards. The numbers on their cards reference to either the letters B, I, N, G or O. The first Player to mark off all the numbers on their bingo card that completes the word BINGO is the winner. It is customary for the winning Player, to shout out BINGO! when the winning combination of numbers has been fulfilled and walk to the front of the hall to receive their prize. Usually the prize is donated by the community – it could be a hamper, bottle of wine, meat platter etc.

Along comes email, Facebook, Whatsapp, Instagram and other social media platforms. And socializing no longer becomes a face to face interaction but a virtual one.

Bingo, being a social game is therefore changed dramatically. Instead of community halls, these are replaced with Online Bingo rooms. The bingo card is now a digital card and can be automatically marked as the numbers are randomly generated through complex algorithms. Prizes are bonuses and promotions. But the biggest game changer is the social aspect. No longer surrounded with noisy chatter, instead we have instant messaging, emojis, privacy at home but openness to the world.

No longer confined to local community halls, friends can be made via the bingo chat group. And these friends could be from anywhere in the world! This brings a much more diverse and richer experience. You can connect via Facebook and Instagram, you can share memes, gifs, and emojis. Even private messaging can be conducted.

There is an etiquette involved, and of course trolling is frowned upon and Players will be banned with this poor behavior. With the friends that are made some arrange to meet face to face, but it can be difficult living long distances apart.

Chatter now is the quick typing on a keyboard, mobile phone or tablet. LOL’s, TTYL, BLNG (better luck next game) and HABO (have a better one) are just some of the acronyms that are thrown around.

The beauty of the internet has made socializing much easier. Women don’t have to go on a boozy night out, fraught with danger to have fun. There is convenience of being able to play Online Bingo on any device and at any time – it is a far more attractive form of entertainment . If you need to leave a chat group – it’s so simple, if you want to jump back in again – you can.

“I average 2 to 3 hours per weekday and 5 hours on a weekend. I enjoy playing at home and even inviting friends to play with me. It may sound odd, but going with girls on a night out doesn’t interest me. I’m not a drinker, and I don’t like going to clubs. I love the excitement of chatting in a group. I can easily tell if a new comer is also new to social media. The language of social media takes a little time to learn, and those new to it can sound blunt and abrasive. But generally I understand that the new Players are older and are learning the ropes of messaging.”

“I save a lot of money when playing Online vs a night out. Drinks, food, can cost up to $100 for a night out. I don’t need to dress up, drive a car and find parking. Why would I want to spend such a large sum when I can connect online?”

Online Bingo is growing in popularity simply because it’s fun! Players aren’t interested in the Prizes, but more so the social aspect. It is convenient, saves money, and is safe. The virtual community is welcoming and supportive of new comers.

If you are new to Online Bingo, give it a go! It will be fun!